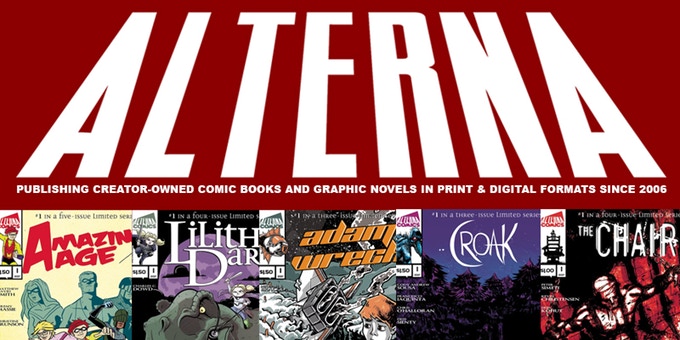 Well doesn’t this sound familiar? Some people might be aware of the Mark Waid lead dogpile of a small indie comics publisher called Antarctic Press and intimidated them into distancing themselves from Marvel’s popular competitors. Now Social Justice has found a new witch to put on trial: Alterna Comics.

Alterna Comics is a small comics publisher that upholds a kind of old-school style standard like producing edited work and bringing back newsprint comics. Recently, Social Justice Creators have unleashed a new harassment campaign after the small publisher “allegedly” sided with the infamous #Comicsgate. Of course, they didn’t. Ironically, all Alterna did was issue a commitment to publishing quality creators and selling to anyone interested in paying. But being open for business and following a model that dares to put the customer first, wasn’t their greatest sin. What really set Alterna in the sights of the Marvel Mafia was their recent online guidelines for their creators. 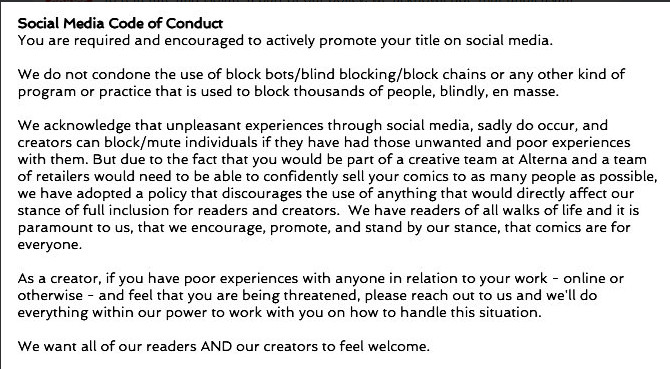 This company has been attacked with a large harassment campaign, including hit piece after hit piece in an attempt to sink its business unless they comply with their demands. A figurative baseball bat to the kneecaps if you will.

Because Alternae decided to place standards on their creators, and because they decided to be inclusive…truly inclusive – even to conservatives – they are being relentlessly abused by far-left stormtroopers. And judging by the owner’s reaction, it’s clear that the pressure is taking a severe toll on both him and the people closest to him. 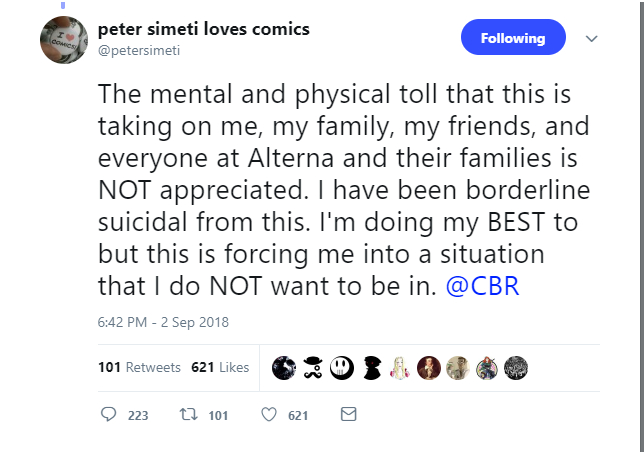 Alterna decided to put customers over politics and paying the price for its lack of gatekeeping and refusal to virtue signal. They’ve chosen to be the only ones to truly uphold the ideal that “Comics are for everyone.” All I can say, as Alterna and the people associated with the company are facing the Social Justice witch hunts, give them a few words of support or trying one of their amazing comics. Either way, the people of Alterna are the good guys. I firmly believe that it’s people like these that will eventually save the comic books industry. 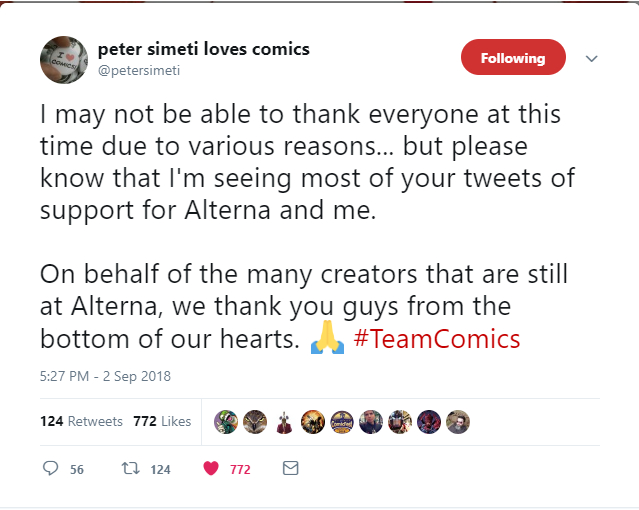