If you’ve ever been in an argument with an SJW comic pro or have seen someone in an argument with an SJW comic pro they’ll likely say that the comics industry is doing just fine. And just like the regressive left likes to label everything terrible thing their side does as a right-wing conspiracy (before it’s actually revealed to be true) – the Social Terrorists in charge of Marvel Comics label in failure on their part as a baseless #ComicsGate conspiracy. The story Marvel pros spin to everyone is that comics is booming. That everyone loves their new bland characters who act out non-existent storylines to babble off politics and complex societal issues as simple truth. But it’s difficult to keep all the lies spinning when you see stuff like this.

We’ve heard the stories that Marvel has become so desperate to champion their Diversity Line of comics as a resounding success that they over-shipped their Iceman comics by 200% in order to boost sales numbers. Instead, they just gave comics store owners a bunch of colorful paper nobody wanted. 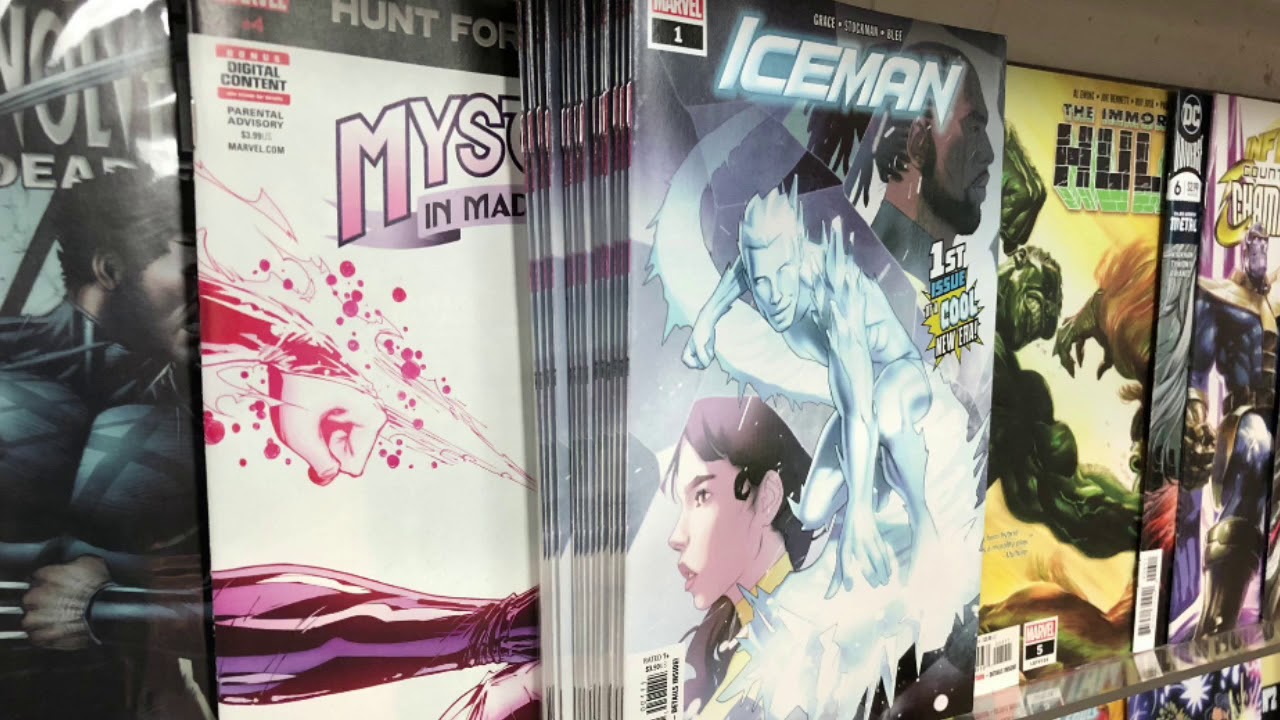 It probably didn’t help that SJWs not only fulfilled their fantasy of turning a straight man gay – bolstering their assertion that heterosexuality is unnatural – but that they also made Ice Man into the most comical gay stereotype to ever hit comics. It’s almost as if anyone who supports the regressive left is grossly out of touch with humanity.

I’m sure they chalked up Ice Man’s devastatingly low sales numbers to Trump’s America being a homophobic cesspool where the people would rather toss Ice Man off a roof than read about his adventures.

But surely the rest of Marvel’s stock of “stunning and brave” heroes are smashing sales records…right? Well, not according to Ollie’s Bargain Outlet.

Marvel is set to dump over 250,000 of unwanted comics onto Ollie’s to sell at an 80% markdown. In that huge pile of wanted tripe is Civil War II – you know the series that tried to push Carl Manvers a.k.a. Captain Marvel as the new face of Marvel comics to replace Captain America?

Ouch, that one must have hurt. Right in the narrative. Yet another piece of evidence that no one wants Marvel’s diversity line. And the best part is that Marvel taking a 250,000 comic dump right into the bargain bin is not even an isolated event. According to Ollie’s Bargain Outlet – back in May of 2018, Marvel and DC unloaded 115,000 (around $2.5 Million) of unwanted comics. It’s only in this recent instance that Marvel came begging Ollie’s outlet to bail them out by buying up their huge stock of unsold merchandise.

One thing #ComicsGate has proven within the past year is that the people’s interest in comics has not declined. So it isn’t the customer that’s killing comics. I wonder what the real reason could be…