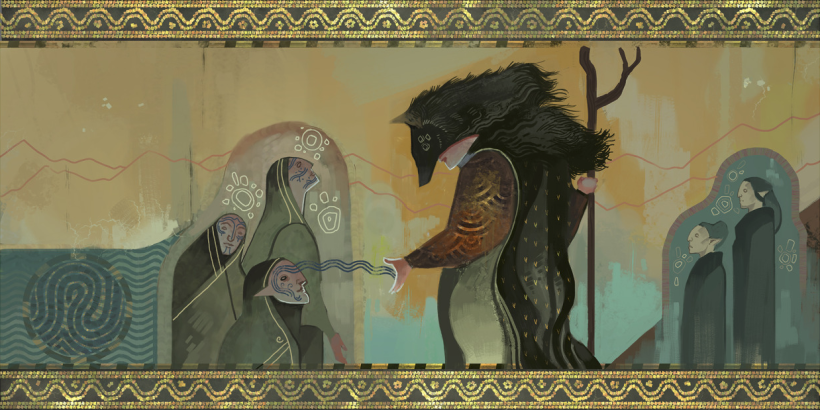 “Ultimately, though – all art is politics. It’s just a hell of a lot easier to ignore it when those politics match up with yours.”

Ouch! Another left-wing director of another video game who believes everything is political. To me, that’s a signal that the franchise wants to commit suicide – and I’m not the only one.

On December 7 – the backlash response to John Epler’s open declaration of his left-wing politics was so strong he decided to respond. PC culture and progressive politics have been awkwardly forced and have ruined so many icons of pop-culture (no matter how huge) that Dragon Age fans were rightfully concerned that the overtly left-wing narrative director was going to lead Dragon Age to the sacrificial altar and stab it through the heart – right after Star Wars and Doctor Who. And to make things worse – he seems to give us the typical “you crybaby gamers are so mad lawl. X has always been political.”

Already, I knew where this is going. He’s going to say how their fanbase is a bunch of silly man-children who are upset that he might have women and gays in the game. He’s going to go on some smug, out of touch, progressive tirade that could only come from years of growing up in a world where being handed a cup of decaf instead of caffeinated coffee. Eye roll ready to engage.

But as Epler continued to engage – I became somewhat intrigued.

“A few folks telling me, after seeing my twitter profile, not to bring my politics into the game. Dragon Age has always been about belonging – about realizing that family is more than blood and about celebrating our diversity and differences. It will remain so.”

He didn’t go on the smug “I’m better than you, and you are all a bunch of whiney babies don’t buy my game” lecture so many other developers go through. He explained exactly how he is allowing his political bias to shape the story. Usually, here, the creator would go on about how it’s a story about empowering women or how it’s about how oppressed minorities are – basically a huge political lecture they make you pay $60 for. But Epler didn’t do that.

Instead, he described how his political views helped shape the underlying narrative and themes of the game. Not oppression or empowerment, but an actual – organic story with raw humanity at the core.

“To expand a little more – I’ve had people see my ‘DA is about the power of friendship, and that family is more than blood’ as me missing the point of DA. But each DA has been about those things at the core. DAO, your origin ended with you cut off from the family you knew “

He gave an example of what he meant from Dragon Age: Origins.

“The Wardens became your new home. And when Duncan, your adoptive father, was killed, it was about you pulling together to face the Blight, allying with outcasts and other ‘orphans’ (Oghren, Zevran, Alistair, Morrigan) to do it.”

Sure, he still went on a little tirade on Twitter – but there was one big difference between his Twitter thread, and your typical thread authored by a left-wing elitist these days. His was an explanation – not a lecture.

Epler didn’t begin telling people why they’re stupid. He told people why his political bias shouldn’t be a problem, and he gave evidence to support his claim. According to Epler – his bias had already made it into the franchise. In fact, these elements were things the fans already fell in love with. He even fleshed out what he meant by saying all art is political.

“Saying ‘all art is political’ does not mean that everything is analogous to specific real world politics. It means the art you create, and how you create it, are both shaped by the world you inhabit and your interactions with it – and it feeds back into that world, shaping it.”

While I’m almost fairly certain that this was all a facade, and Dragon Age: The Dread Wolf Rises will actually end up being a 40 Gig lecture on the virtues of socialism along with the mandatory “Trump is evil” reference – Epler’s behavior (regardless of honesty) gives me a little hope that the narrative will focus on telling a good story rather than telling us who to vote for and what to hate.

So, is Epler a bad omen to Dragon Age? I guess we’ll have to see.

One thought on “John Epler’s Vision For Dragon Age – A Bad Omen?”